Mr Trump had in the letter dated 9 October and sent after US troops were pulled out of Syria, told Mr Erdogan: “Don’t be a tough guy. Don’t be a fool!”

BBC reports that the letter was “thoroughly rejected” by Mr Erdogan. On the day the letter was received, Turkey launched a cross-border offensive against Kurdish-led forces.

Mr Trump had warned Turkey not to pursue the Kurdish forces, but the country said America’s withdrawal would leave the Turkey-Syria border unprotected from Kurdish rebels.

Turkey has long seen the Kurdish groups as terrorists and has blamed them for attacks within its territory. Turkey, which like the United States is a member of the North Atlantic Treaty Organisation of military allies, dismissed Mr Trump’s warning and proceeded with offensive against the Kurds.

But in an October 9 letter to Mr Erdogan, Mr Trump evoked the verdict of history and threatened harsh consequences unless it ceases all hostilities.

See The Letter Below: 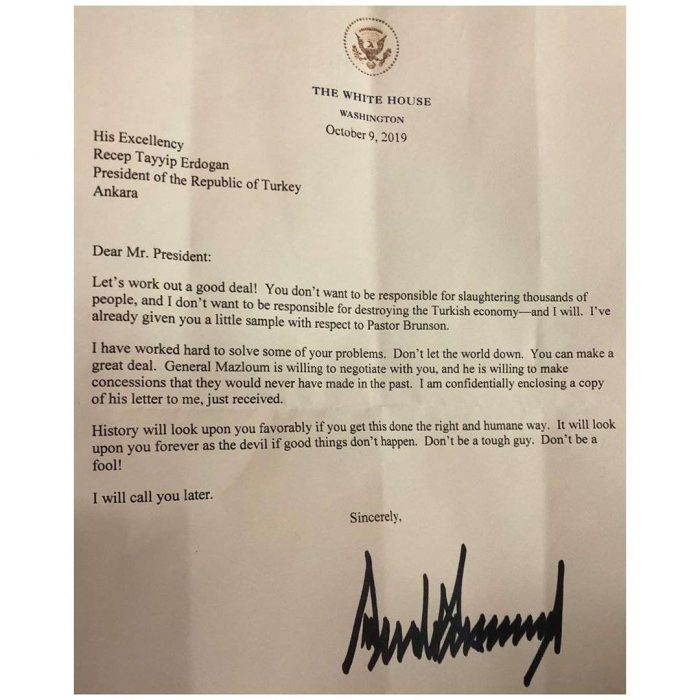 2023: I Will Handover Quietly To My Successor – Buhari