Controversial male barbie, Idris Okuneye, also known as Bobrisky has described those waiting for the day he would quarrel with bestie, Tonto Dikeh, as ‘jobless fools.’

Speaking via his Instagram page, he revealed that they usually have their disagreements as human but they hardly make it known to the public.

See what he posted below:- 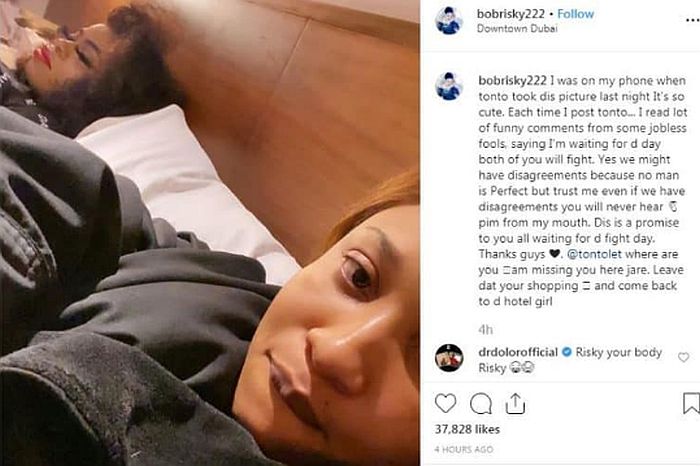