A Nigerian soldier has taken to twitter to narrate his ordeal in the hands of some SARS operatives in Enugu State.

While stating that the Special Anti-Robbery Squad, SARS is the most unprofessional unit of the Nigeria Police Force, the soldier gave a detailed explanation on how they manhandled the other passengers in the bus he was traveling in.

They however ran away when they sighted some soldiers approaching them in their patrol vehicle.

Read what he tweeted below:- 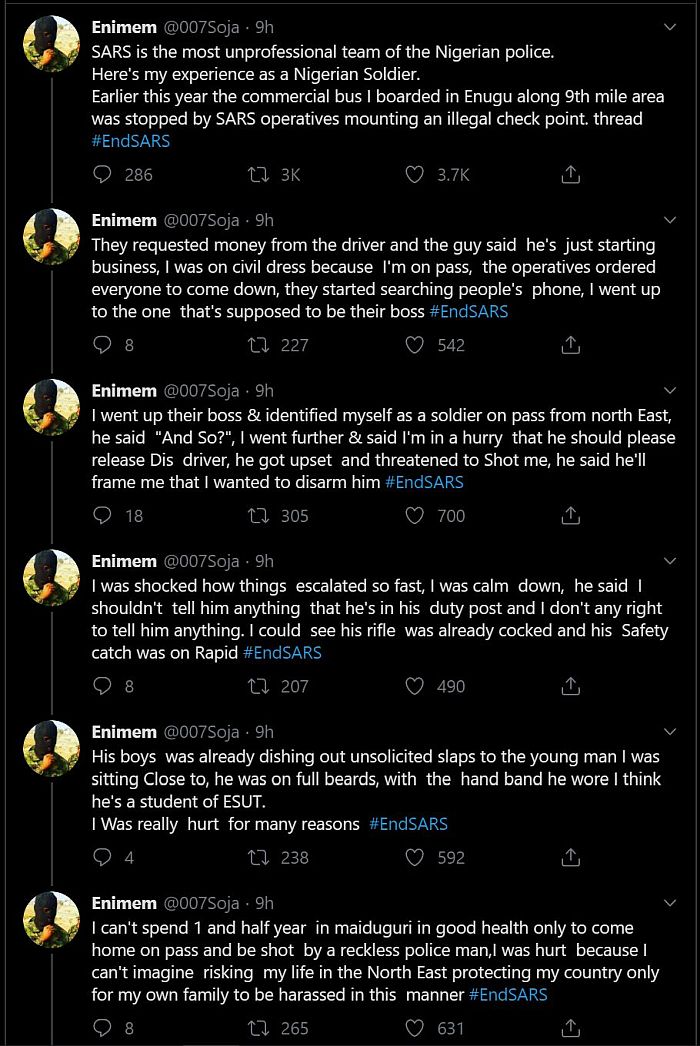 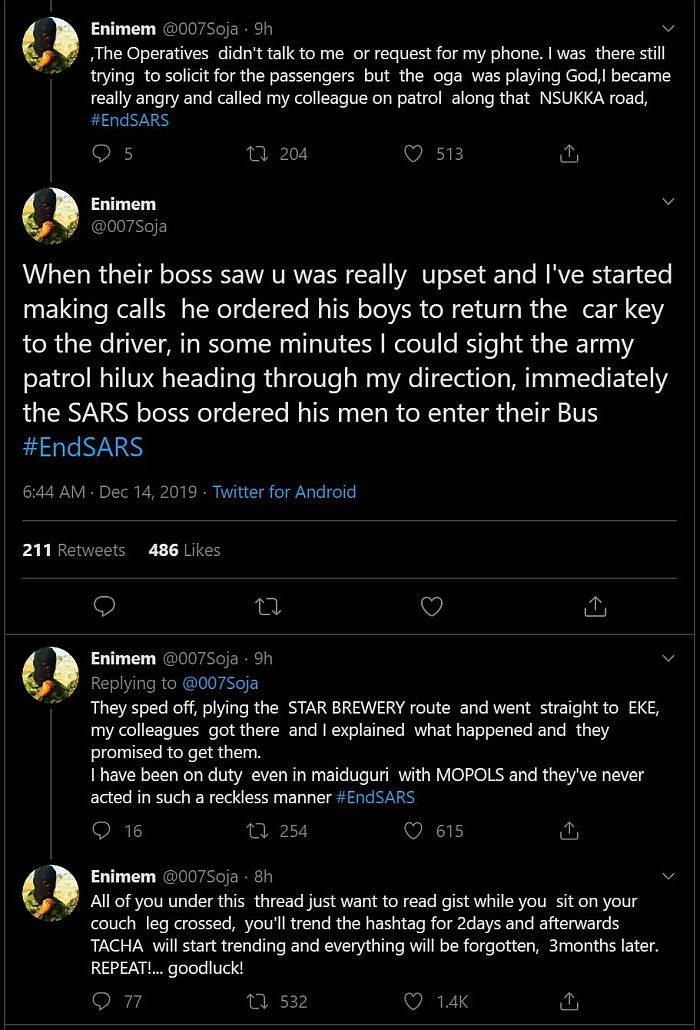 Guys on a more serious note