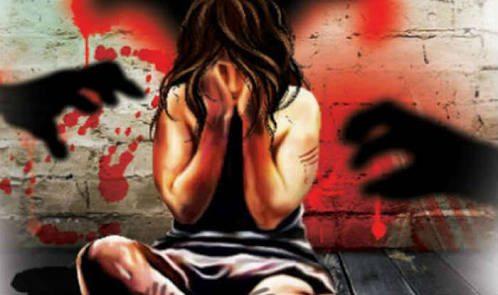 Police in Ekiti State have arrested a student of College of Health Technology, Ijero Ekiti, Busayo Kayode, who tricked her bosom friend to be raped by 10 cultists in a bush within the school premises.

The police said Busayo, who is a member of AVE (Act Very Effective) cult group, specialised in wooing female students of the institution for recruitment.

According to a detective, who pleaded not to be named, part of the initiation process is that female students are blindfolded and raped by the cult members serially.

“They are thereafter warned to shut their mouth as initiates or risk losing their lives. But the last victim (name withheld) defied the threat and reported to her parents who informed the police, which led to the arrest of three of the cult members.”

A source within the school, who spoke on condition of anonymity, said many female students had fallen the same fate but kept their mouths shut to avoid stigmatisation.

Kayode and three of the rapists were among the 26 suspects paraded on Wednesday by the Commissioner of Police in Ekiti, Wilson Inalegwu.

The CP said the command had also arrested a man, Olalekan Ezekiel, for allegedly parading himself as a police inspector.

According to him, Ezekiel was arrested on February 20 on Esure-Awo road, Igede by a patrol team and later confessed to the crime.

He said one unregistered red Honda Motorcycle was recovered from the suspects.

The CP said the police had also arrested six persons in Kano and Kaduna in connection with the killing of police paymaster in Ekiti, Mr. Idowu Taiwo, and one Engineer, Kunle Enisan as well as the kidnap of a Turkey-based Emmanuel Adeleke.

“The operatives successfully recovered a Samsung Galaxy Note 4, Motorola Android Phone and Blackberry Passport belonging to the late OC MSS . Also, Infinix and Itel phones belonging to the waitresses working at a joint where the late officer was abducted before being killed.

“The suspects are helping my men and they will be charged to court soon.”

Inalegwu said one Okada rider, Femi Omolewa, picked one Ruth Adeniyi from one ATM point in Ado Ekiti and robbed her of N24,000 and a Techno L8 phone.

He said investigation led to the arrest of one Omoniyi Oyindamola, Abdullahi Ajao; a phone repairer, Ayodeji Jeremiah and Omolewa.

The Police Commissioner added that he had established a ‘crime Hot Spot Policing Squad’ to smash criminals hideouts in Atikankan, Adebayo, Ajilosun and Ojumose areas of Ado Ekiti.

Inalegwu disclosed that the command was partnering with sister commands in Ondo, Kwara, Kogi and Osun States to curtail activities of kidnappers in the zone.

He said his men were also mapping thick forests along Ikere-Igbara Odo-Ogotun and Ise-Emure axes where kidnap victims were being regularly kept in the state to reduce this nefarious act .

“We are also enlisting the services of local hunters and vigilante groups for constant patrol of these deadly forests, so that when we occupy their hideouts, they will have no option than to run,” he said.

On the rampaging herdsmen killing the people, Inalegwu said, “We have also made very landmark achievement in the area to ensuring peaceful co-existence among the herdsmen and farmers.

“We are forming various groups selected from all these stakeholders so that all of us can be on the same page to be able to checkmate incessant crisis among them and ensure that Ekiti is in peace.”

Inalegwu commended the state government over quick intervention in Ayede/Itaji Communal clash and for clearing the road necks in all the 16 local governments.

He said the measures had helped his men in carrying out their statutory operational duties.

1 thought on “Ekiti student tricked by friend, raped by 10 cultists”